We’ve written about in the past about how the used market has seen a major uptick in late of sales. A major factor for the New York area is because of the impact of Superstorm Sandy. When the hurricane came through and wrecked havoc on the city, it hurt many car owners who found themselves the morning after without their vehicle and were forced back into the market. Nationally, there are even more factors at play. For example, one is that people have reached the end of their vehicles life and no amount of repair and wishing is going to keep it on the road. It’s time for most drivers to get into the dealerships.

Tom Webb is an economist at Manheim and he took at look at used retail sales. He found that in the first quarter of 2013, used-vehicle sales were 12 percent higher year-over-year while most other industries are slowing down. He believes that a big reason is because how available financing has been for vehicles.

“On any given day,” Webb says, “there are literally hundreds of thousands of vehicles with owners who would like to trade up to get something a little bit better if they could do so with an affordable monthly payment. Given the availability of retail financing, a natural changeover of those vehicles over time will occur.”

What I find interesting is that numerous blogs and other speakers have, at lengths, informed me that the recent surge of the market has been due to the age of the vehicle, as I mentioned earlier. While certainly a part of it, Webb sees things differently. He believes that people coming in wanting to trade-up being the biggest reason why the used-vehicle sales are staying as high as they are.

Other markets are in flux at the moment because of the recent rise in payroll taxes and fluctuations in gas prices. Yet while these spending segments dip and slump, used-vehicles are seemingly impervious. Webb even says so himself, “To a certain extent, the used-vehicle market has been impervious to these factors in terms of retail sales activity.

The point of Webb’s study was to show that used-vehicle sales will hit an all-time high before 2015. What I took away was that he identified some great reasons why vehicle sales have maintained a positive upswing in the face of major economic issues impacting consumers. Financing has been made much easier to obtain and it definitely looks to be helping.

If you’re in the market for a used or new vehicle and need to look into financing, that’s where Bayside Chrysler Jeep Dodge comes in. We offer the best customer service to work with you to help you get into the car you need. We love to say yes, so contact us today and let’s get started in making sure you drive away satisfied with your purchase. Make sure you like us on Facebook and follow us on Twitter for more financial tips and monthly service offers. 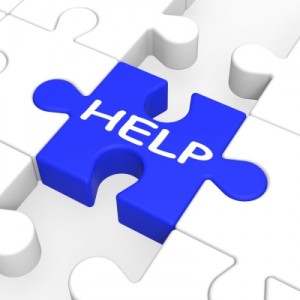 The New Year is upon us and with it comes the mandatory resolutions so closely associated with the beginning of the year.  Whether it’s to renew that gym membership with the promise of a regular exercise schedule or getting to bed on time every night, new beginnings are what the New Year is all about.  Here’s one that should be on everyone’s list; improving your credit score.

Auto Credit Express has brought to light an article that the AFSA Educational Foundation put together to help people better manage their money in order to give their credit rating a helpful boost.  Here are a few choice things you can do to help get you on the right track.

Choose a month to look at how you’re spending your money.  You want to do this in order to see exactly where your paychecks are going to.  See if you can spot places where there is unnecessary spending.  This information can make a more realistic budget and provide a bigger and better picture for a monthly budget.

One tip that I can’t stress enough is that you should obtain a copy of your credit report in order to know where you stand.  Knowing that credit score is necessary to know what needs to be done.

Always make sure to make more than the minimum on your credit cards.  Pay it in full if you can, but if that’s not a choice than anything additional you can pay down is a bonus.  Be it just 5 extra dollars or as much as $50, it helps you get to the end goal of no more debt even faster.

Taking charge of your finances is the best way to ensure that you don’t encounter credit problems in the future should you choose to apply for an auto loan.  There’s plenty more tips provided that should give plenty of help, so make sure to check them out.

Looking for a car and you’re in the Queens area?  You’re in luck; we here at Bayside Chrysler Jeep Dodge want to meet with you.  We love to say yes here.  Stop on by and see how we can help you get the vehicle you need to make 2013 the best year ever!  Pay our Facebook page a visit as well as our Twitter and stay up to date with more credit tips and offers! 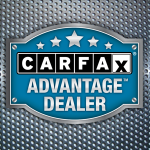